Santa is Greater Than Everything

“You’re not Santa… you smell of beef and cheese… you sit on a throne of lies.”

This past June I was driving by the mall with my preschooler….

“Nope, Santa Claus! Santa lives there! I sat on his lap with Grandma, remember? We brought you a picture. He promised me the toys I wanted,” I snickered, “Oh he did, did he?” but the 4-year-old was steadfast, “Yup, and he was right, I got all the stuffs.”

Ugh, way to set the bar. Because Santa is greater than everything.

He was right, Santa got him all the stuffs – which we all know is secret holiday code for, mom and dad broke the bank. But beyond that, it’s amazing that he, his brothers, and his cousins, were able to celebrate the joy and wonder that is the holiday season.

Once you have kids it becomes even more important for it to be all about them. Making sure they are taken care of mentally and physically is what we do as loving parents to the best of our ability all year round. But to a 4-year-old, holidays are all about the “stuffs” as he puts it so eloquently.

The craziest party of the holiday situation is that I am Jewish and I’ve married a Roman Catholic. We are the epitome of what a mixed faith marriage is. Our kids are being raised Jewish, because I am a Jew and the Jewish faith recognizes my Jewish upbringing no matter what the faith of my spouse, but we also celebrate the large Catholic holidays together, as a family, because we love and respect each other and our kids should be educated in the ways of our religion from both sides.

Because Christmas is a part of our holiday tradition, our kids don’t usually get the “good stuffs” for Hanukkah. The miracle of Hanukkah around here usually yields 8 nights of socks, underwear, and school supplies. Last year we tried to spice it up with iTunes credits and video games, but we played it all wrong as we hid the cards in shirts and dress pants. I know, Santa would have flown to the house with his reindeer in tow and bestowed gifts like a rapper making it rain at a titty bar.

We screwed that up royally.

Hey, we tried. But try as we might getting the kids pumped about Hanukkah the way they were about Christmas was just a joke.

“Look, kids, we had oil that was only supposed to last for 1 day but instead burned for 8 brilliant nights!”

“But Mommy, you just helped us hang a huge beautiful tree with halogen lights that will last longer than you. And they twinkle on and off and they have magical color changing proprieties because they are made with fiber-optics!”

The kids are right, Eat that Maccabees. I was completely smitten with my children’s reaction to the holiday season. Who cares if Santa kicks everyone’s ass? He does. He really, really, does. But then, the unthinkable happened.

My 11-year-old nephew started to ask the holiday question that every parent dreads… “Is Santa real?” Initially, his parents started out with the legit, parental answers, ” Of course he’s real. You get the toys don’t you? You told him what you wanted.”

But nephew was too old for that shit this year, and he wasn’t about to back down. He hounded and hounded and mentally broke his mother who was pregnant with her third child and finally had nothing else to say but, “Okay, you really wanna know? No, Santa Claus is not real. Your Father and I leave those presents for you. ARE YOU HAPPY NOW?”

Come to find out, my nephew was not happy. He couldn’t believe he’d been scammed and lied to all those years. He wanted to get to the bottom of this shit and promptly Face-timed his Grandparents (my in-laws). When they answered that call they found a sobbing 11-year-old yelling at them…

“How could you?” he shirked,

“How could we what?” the poor Grandparents had no idea my nephew had been let in on the big adult lie that is Santa Claus.

“How could you make me sit on a complete strangers lap and tell him all the toys I wanted? He could have been a crazy man, a psycho? And you made me tell him …. secrets.”

Lighting some candles and getting some socks seems a lot less innocuous now.

Hey Lady, Your Bigot is Showing 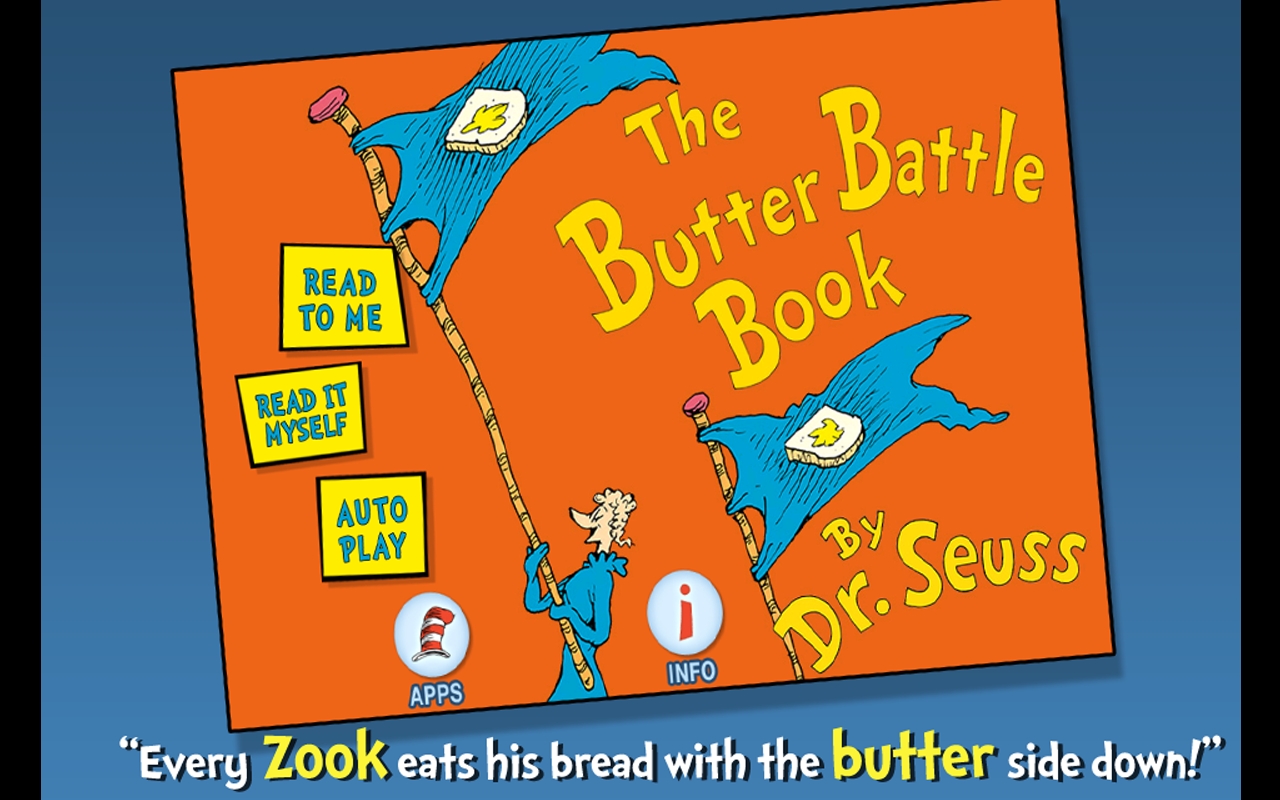 I’m really in the wrong profession.

This whole “Stay-At-Home-Mom” thing isn’t very lucrative and since I obviously have a face or a demeanor that makes every batshitcrazy person on earth feel like they can confess their innermost thoughts to me, maybe I should be a shrink, or a probation officer… or a priest.

I never thought much of what other people thought of my religious beliefs.  Maybe because I was born into Judaism, maybe because I grew up in a proverbial melting pot of religions and different ethnicities, maybe because I watched a large amount of Sesame Street in the 1970’s.  Whatever the reason, I really believe that a person is defined by their actions, and that is what makes them a good human being.  But as I’m getting older I’m discovering the hard way that more and more people are walking around with bigotry and hate in their hearts and their minds.  And now that I have brought 3 children into this world this fact is extremely discouraging.

My husband’s cousin and I went out for lunch today.  The baby had just gotten some inoculations at the Doctor and was a bit crabby.  When I finally was able to get him to nap I was just super excited to get some girl time with my friend and enjoy some delicious lunch.

I’ve always been friendly and, come to find out, my cute baby is a conversation piece to many people.  I’m always happy to oblige… I mean how can you dislike someone standing with you and complimenting your child?  I can’t.  I’m a sucker for the kid compliments.  And it’s usually a pretty welcome part of life as my days are mostly spent without adult interaction, unless you count the bag boy at the supermarket.  So, when our waitress started with the small talk I was more than happy to oblige…

“So, my daughter has a 2-year-old.  And she wants to have more… but her husband put his foot down and said only after their son is 5.”

“Yeah, I told her, that’s too much of an age difference.”

“Well, you know what the real problem with her husband is?”

“He’s a Jew… {at this point she must have seen the shocked look on our faces}  You know, Jews are notoriously stingy with money.”

“Oh but you’re a woman… I don’t know, are lady Jews stingy?”

{Shock.  Disbelief.  Is this chick crazy?}

I don’t think so, but then again I also don’t think my religious practices or my lady parts have anything to do with how I spend my money.

“Well, he makes my daughter work… and pay for daycare too.  She can’t stay at home and she can’t even drive his new car.”

I hate to break it to you… Louise, is it?  But I don’t think that being a Jew is your son-in-law’s problem.  I think the problem is that he is just… a dick.

And there it is.  The elephant in the room.  Some people are just assholes.  And because they are assholes people will take what they lack in their personality and group them together by the whole of their parts.  And you know what?

Judge me on me.

Judge me based upon my actions and nothing else.

At that exact moment, what I wanted to do was bitch slap this lady and scream in her face, “Hey lady, your bigot is showing!”  What I wanted to do was talk to her manager and have her fired for being such a judgemental piece of shit.  I wanted her to feel as bad as she had made me feel just to show her how shitty it felt.

I haven’t been that person in a very long time.

I don’t need you to feel bad so that I can feel better.

I can feel better just by remembering that I am better… better than this whole conversation.  Because I can walk away and go back to my life filled with love and poops, laughter and tears, food and wine, stitches and skinned knees, laundry and little bickering voices, and baby belly laughs.

I will have pity in my heart for that woman because she doesn’t know any better.  And she’ll never have the pleasure of getting to know me.

I still tipped her 15% because she did take our order, serve our food, refill our drinks and promptly bring us our check.  I appreciate the fact that someone else waited on me.  There is value in that.  Her son-in-law might be the cheapest bastard on the planet.  But I am not.

She performed her job.

As for her people skills?  She should probably avoid public speaking.  Unless it’s for the KKK.

And hopefully, if the time ever comes, they too will be able to turn the other cheek no matter what side of bread you choose to butter.

Vote for me here… I’ll be your best friend